A Lesson from our Founding Fathers 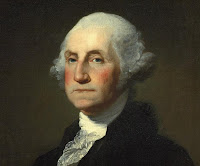 Recently I have been studying the lives of some of our founding fathers. Many people today are quick to quote one of these men, particularly when something they said conveniently seems to validate or invalidate something currently taking place in our government. Because so much is being said, I decided to study some of these men for myself to see straight from their lives what they believed. In my research I have discovered some really interesting things, and I want to share one of these in particular in this post. Nothing I am going to say today is at all political, nor is it intended to make any kind of political statement. This is simply a lesson that was learned the hard way by some of our founding fathers that I think is very relevant to our lives as Americans today. 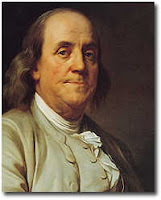 Before the Revolutionary War, people had settled here on this land, but they were not yet known as Americans, at least not in the same sense that we are today. They were under British rule, and the land that would become known as America was more or less a British colony. The story of how we gained our independence is fascinating, but I want to discuss something else in this post. Before we became a free nation, during the time of British rule, many of our founding fathers were land owners and businessmen. Thomas Jefferson was a prominent land owner. Benjamin Franklin was a very astute businessman and inventor whose insights and breakthroughs still greatly impact us today. These men and others like them formed the ideas that led to the birth of this nation. History has recorded the words and works of these men, but a littler known idea is one that was realized by George Washington. In addition to being a great war hero, Washington was a wealthy land owner who raised crops and traded with England and other nations as far away as the Caribbean. Over the course of his life, he would own thousands of acres in a few different states. He was among the most respected men in this land that would become America, but at the time, he was still very much dependent upon England.

Washington, and others like him, relied upon companies in England for supplies and equipment. These companies loved having these customers, and the way they chose to do business is still the pattern in many instances today. This was obviously before the days of wire transfers, Pay Pal and other means of electronic payment. Instead, these companies would extend a line of credit to men like George Washington, and they would work out a payment plan at a significant enough interest rate that their customers were never likely to really pay off their debt. They companies would keep their shipments on their way, and often would not collect payment for another year, or growing season. This enabled the customers to continue working even when they couldn't pay at the moment, but it also gave the supplier the upper hand in their business relationship, as the debt never really went away. 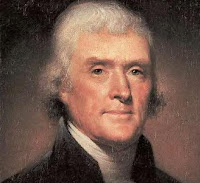 George Washington was among the first to recognize this pattern, and he realized that his wealth was steadily dwindling because of interest payments on items that had often already been consumed and were no longer producing an income. He knew at that rate he would never really be free of the bondage gladly imposed upon him by his creditors. To break this pattern, Washington began paying cash for all that he purchased, and if he couldn't afford it, he wouldn't buy it. This undoubtedly required an enormous amount of discipline, and I'd imagine there were times he didn't have the "latest and the greatest" that his contemporaries had, but unlike many of them, he was died a very wealthy man and was able to leave a prosperous estate to his benefactors. Many others, including Thomas Jefferson, died leaving behind mountains of debt. For these men, the cycle of debt continued long after they were out of the picture, and their estates were never really able to enjoy the freedom that comes with financial independence.

This realization helped Washington gain a position of true wealth, and his lesson is a very timely one for us today. Well over 200 years have passed since George Washington learned this valuable lesson. His face now graces much of our currency, but most today have never come to the same realization he did. Many of us are trapped in patterns of debt that are much like the patterns our founding fathers faced. We are encouraged to take advantage of lines of credit to enable us to have pretty much whatever we want, even if we can't afford it. Because of compound interest, the payments continue long after the items have either been consumed or have depreciated to the point that they no longer have any value. If we continue to live this way, we will forever be behind the 8-ball. These patterns make it nearly impossible to ever get ahead financially, and over the course of time, whether it is a home, a car, electronics or clothing, we will have paid many more times what the item was originally worth if we purchase it this way. Unfortunately, these patterns are easy to get into and hard to escape. However, let us learn this lesson from our founding fathers and take steps to begin breaking these patterns.

I have no professional credentials that qualify me to offer financial advice, but many of the steps we must take are common sense. We have learned how to live well above our means, but we have to choose to conduct ourselves differently. We have to stop purchasing things we cannot afford. We need to get our priorities in order. We should all be regularly saving money for the future, not paying on the purchases of the past. There is an old saying that we can pay now and play later, or we can play now and pay later. We need to pay now so we can enjoy the freedom of financial independence later. There is much more to be said, and there are many quality resources available that can help us if we are serious about breaking these patterns. Dave Ramsey, Suze Orman, Larry Burkett and many others have great books and other helpful items available, and I would encourage you to take advantage of these proven financial strategies. If we are going to become the individuals and the nation we have the potential to be, we have to take the necessary steps to break these harmful patterns and learn the lesson George Washington learned a few centuries ago. Let's do it! 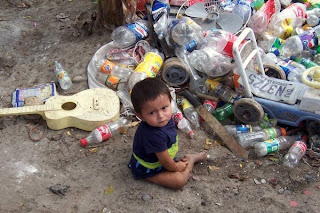 If you have regularly followed my blog, you know I have typically encouraged us to become involved in our individual spheres of influence. We have discussed common reasons many of us haven't gotten involved and steps we can take to overcome these. We have talked about feeding the poor, visiting the lonely and others ways we can all reach out to make a difference. In this post, I want to share about a friend of mine who is reaching out and helping to meet needs in one of the poorest parts of the world.

We have all seen images of poor little children living in slums with little or no food or clothing. We have seen the effects of malnutrition and dehydration, and we have seen the faces that show no signs of hope that things will ever improve. We know these needs exist in far away places, like Ethiopia, Somalia and The Sudan, but many of us might not have been aware that poverty that is just as severe exists right here in the United States. One of the areas where this is the worst is in parts of Kentucky nestled in the Appalachian Mountains. 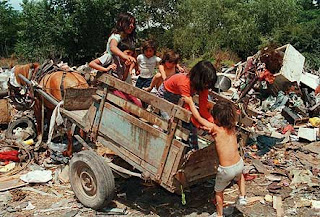 Kentucky is a beautiful state with a rich heritage, but there are pockets of poverty so extreme that people actually freeze to death in the harsh winters because they don't even have a sweatshirt. Little children often don't eat regularly because of a lack of food, and families resort to living in tents, roughly constructed shacks or even old school buses because they cannot afford to live in a house. For some, this may come as no surprise, as there are many places that are dealing with this level of poverty. For others, however, it may be totally shocking to know that such conditions exist so close to home.

I really believe that most people would gladly help the people living in these desperate situations, but many just don't know how or where to start. A friend of mine, Kevin Lepp, and his wife, Ashleigh, have taken this great need seriously, and they have set out to make a difference. They have determined to raise $50,000 to send to a reputable, established organization that is bringing true relief to many of the citizens of Kentucky who are enduring this terrible poverty. I could tell you more about it, but how about hear from Kevin himself. This video is less than 90 seconds long, and it gives a quick overview of his and Ashley's work, and tells us how we can get involved. Check out this link:

If you missed the website address that Kevin shared at the end of his video, here it is:

I think what Kevin and Ashleigh are doing is so awesome, and they have made it so easy to join with them. If what you have read in this post or seen in Kevin's video has prompted you to help with this urgent need, I encourage you to take the next step. We can all make a difference, and this is a chance to partner with hundreds, or even thousands of others in making a lasting impact on some of our neighbors who need it the most. Let's get involved!

Posted by Mike Roberts at 10:42 PM No comments: 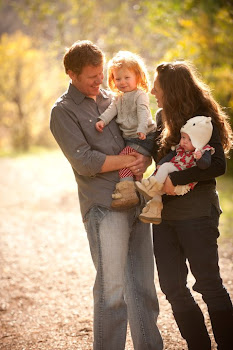